Why I Don’t Regret Leaving Academia After a PhD

I never thought I would be leaving academia after a PhD.

I talk to PhD students all the time who tell me that they want to work outside of academia.

I never envisioned it.

I had what I call a tenure-track vision of myself. I was going to be a professor who was an engaging teacher, but also researched fascinating things. Tenure-track Chris taught at Oxford or Cambridge. He would hang around old coffee shops typing on a laptop except when he disappears into the Bodleian Library to research ancient manuscripts. He jets off to the south of France when he needs a vacation and to Greece or Turkey when he needs to research.

Do you have a dream like this? It probably looks a lot different than mine, but I believe that a lot of PhDs have these visions.

That’s the dream I was holding on to. I was chasing it, feeding it, and watering it.

So when I made the choice to leave academia at the end of my PhD, it seemed a little abrupt.

I had people tell me the conventional wisdom: “It’s too early, you’ll get a tenure-track job if you hold on,” or “You just need a postdoc to boost your skills a bit.”

I don’t know why I didn’t believe these things. Probably because of all of the people I’d seen go ahead of me who were still jobless.

I never forgot congratulating a senior student on a postdoc in my first year.

“It will keep the wolves at bay,” they responded, looking incredibly sad.

My first-year brain could not fathom why they were unhappy about getting a postdoc. I mean, I knew it wasn’t a tenure-track job, but weren’t postdocs great too?

I couldn’t really understand much, but I did see enough to sense that some people were regretting their PhDs.

I decided that I wouldn’t regret it. My answer to this was to travel as much as I could.

I lived in Nice, the beautiful city in the south of France. I lived in vibrant Berlin and fell in love with its arts scene. And I lived in Athens, basking in the Mediterranean sun and hopping around Greek islands.

My partner and I added to our family as we explored the world, and two kids became three. Our daughters went from the tops of the alps to the sandy beaches of Crete. Together we ate croissants in Paris, pizza in Milan, and fish and chips in London. We spent nights eating fresh seafood on the beach and splashing in the water with Greek friends as the sun set. The girls even marched in the Greek Independence Day parade as jets and helicopters roared overhead.

The PhD gave me this. It was a beautiful gift.

And when the end came, I had no regrets. When the avalanche of rejections came from tenure-track jobs, it hurt like Hell. But I decided to find out what the world had to offer.

This post may contain links to affiliate products, which–if you choose to purchase–pay us a commission at no extra cost to you. This helps to support our work. We only promote products we’ve used and love.

You can read my story about leaving academia in Doctoring: Building a Life With a PhD–Available on Amazon.

I maintained my self-worth

I hated applying for tenure-track jobs where I knew I wasn’t even close to being needed. I hated begging referees to write reference letters, and occasionally finding out after the fact that they hadn’t (despite saying that they would and multiple reminders).

Most of all, I was tired of feeling like a child. I no longer wanted to be a student who needed to ask permission for things. I wanted the freedom to run my own life.

I didn’t want to stay at the bottom or be exploited. I didn’t want to work an adjunct position that would insult my dignity and my skills, not to mention further impoverishing me.

I felt out of control, and somehow the idea formed in my mind that if I stayed academia would be a shit show in the coming years, making me feel even more small and worthless.

If I left, perhaps I could maintain my dignity. I could preserve some of my personal power, since—even though this was an uncomfortable choice—it was still my choice.

I felt that leaving would preserve the sense of self that I had left.

And, although I had to start over in my career, I believe it did.

I spent my time on the academic job market searching for positions that fit my niche knowledge.

Then I came to Ottawa, and started working on economic development projects—nothing like what my degree was. I jumped into refugee work, helping to create new refugee sponsorship programs around the world. My skills, my brain, and my willingness to learn fit in just about anywhere.

Finally, I incorporated my own company and consulted on research projects for organizations.

If you think academia is a place where you can be creative about your career, just wait until you get into the marketplace—especially if you are in a city-hub with tons of knowledge-economy work. You’ll be able to do almost anything you want.

I didn’t know it when I left academia, but the lack of control I felt there was contrasted by total control of my own story in the real world.

Even my blogging here on Roostervane represents my total freedom. I can’t lose my job for telling hard truths about academia. I can work with students and schools to build the solution I think is needed.

That freedom is a beautiful thing.

In December of 2015, we traveled by train from Berlin down to Austria to experience the Alps. We spent a week hiking, having snowball fights on snow-packed peaks, and curling up by the fire in our little chalet.

In the train station in Innsbruck coming back, I saw a young man about my age arguing with the ticket agent.

“Even if I give you a ticket, they won’t let you in,” the agent said.

The young man was an asylum-seeker.

In response to a flow of migrants, Germany had closed the border to all migrant passports except for a select few countries.

As we took the train up to Munich, it stopped at the border and police came through the cars. When they saw our little family, they smiled and waved. They didn’t even check our passports.

When the train pulled away, there was a sad crowd of migrants left on the platform. They were surrounded by police.

There are times when my privilege punches me in the gut. That was one of them.

When we lived in Athens, we were down the street from the IOM headquarters—one of the refugee-processing spaces. We would see refugees marching from the metro station down to the headquarters to be interviewed by processing agents.

These experiences stayed with me.

Why am I telling you all this?

In 2019 I was offered a job at the Canadian government. It was to work on a team that taught other countries how to do Canadian-style refugee sponsorship, and in doing so would open up new resettlement spaces around the world.

When I was in academia, I believed that what I was doing was really important. And in some sense, it was—if I discovered some ancient historical event or phenomenon no-one else had I was pushing human knowledge forward.

Then I started working on a team that promoted new refugee spaces. I would work with leaders of countries, recognizing that if we were successful in our work, some of the world’s most vulnerable refugees would be taken from the camps by the UNHCR and given a new home. Communities would be transformed for the better and lives saved.

I was able to work on a project that was making a difference for those asylum seekers I saw all over Europe.

I don’t know what your impact will be. Maybe you’ll discover a new drug that will cure diseases, or perhaps you’ll create a more drought-resistant corn that will feed people. Maybe you’ll work locally, helping kids from the projects get into science, or maybe you’ll educate community leaders. (These are all things I’ve seen PhDs doing in the past year.)

Your impact can be tremendous.

These are just a few of my reflections on leaving academia after a PhD. I’ve occasionally looked back, but I don’t regret leaving. As time goes on, I’m even more convinced that it was the right decision, and my life after academia is only beginning to take shape. I’m excited to see where it will go.

A lot of people don’t want to close the door to the academy. They live in fear of regret. And ultimately, people occasionally can and do regret leaving academia. 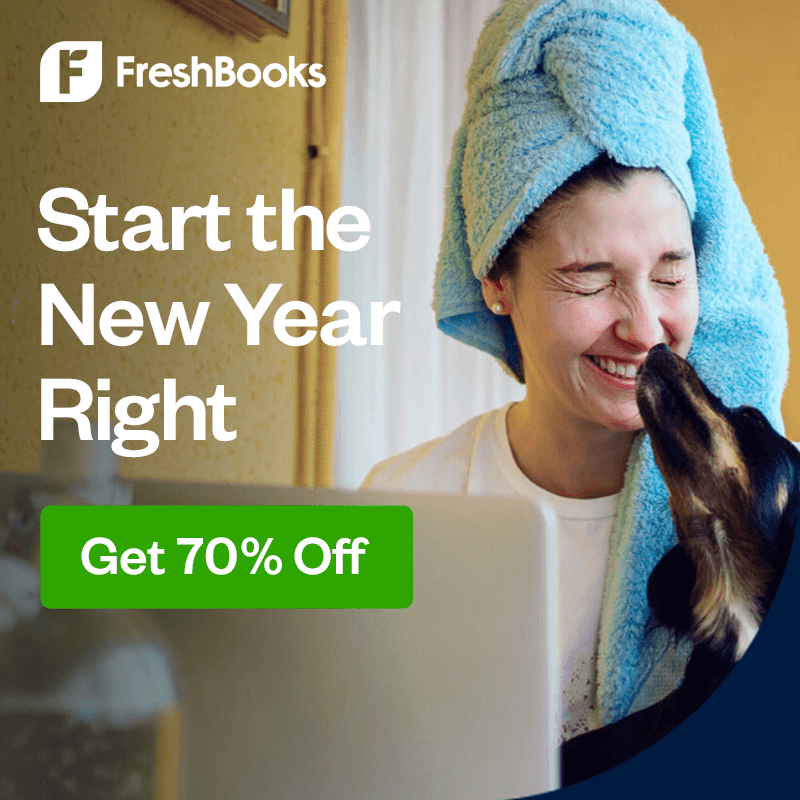 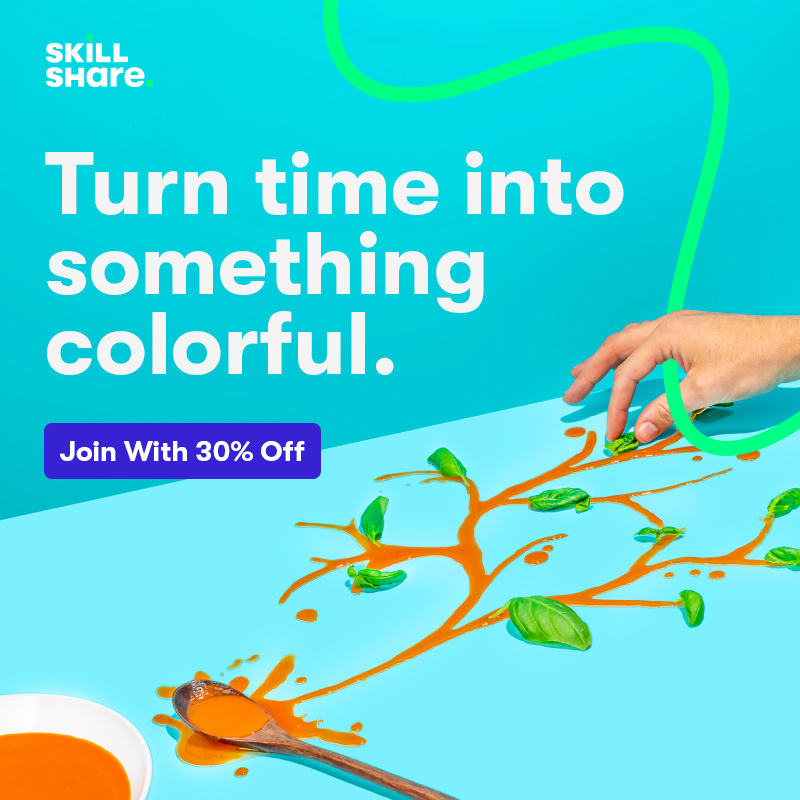 Hey! I'm Chris! I'm a former academic turned careers blogger. I worked in the think tank and government space before starting my consulting company. I work with companies on SEO and content strategy.

Roostervane exists to help you launch a career, find your purpose, and grow your influence